Why Total Annihilation is an iconic masterpiece?

Another gaming-related post this time. In case you’re not an oldfag like me you may miss some pillars of the real-time strategy (RTS) genre. I mean these:

Each of these titles is an absolute mammoth in regards to establishing the genre. But IMO released just 2 years after the other two TA was 10 steps ahead of them at that time. Actually, I played TA among the first PC games on my own box. We’d played DOOM & stuff on the box of my friend before but that’s a story for another day. However, when I played it I had absolutely no idea how progressive & visionary the game was. Only much later I realized that Total Annihilation is a masterpiece indeed taking into account the point in time it was out & the state of technology at that point. 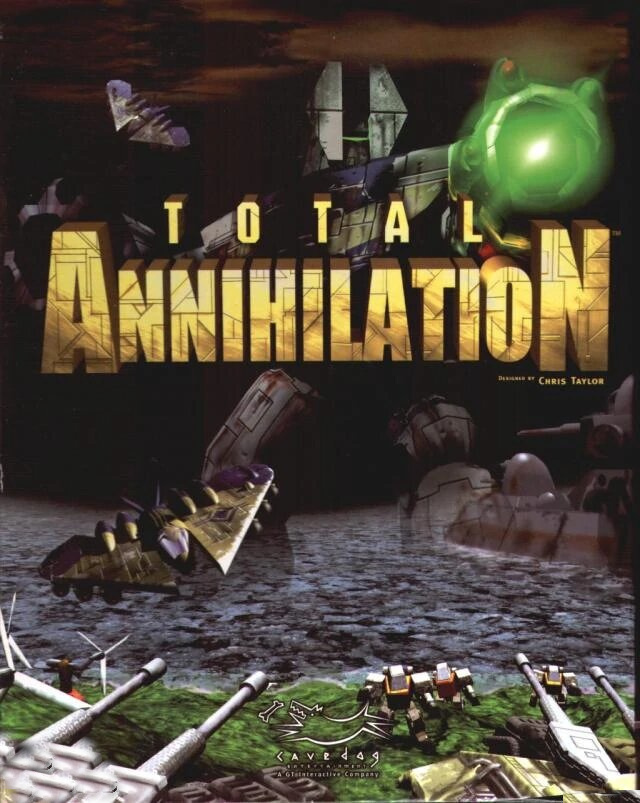 Devil is in the detail

That’s absolutely what made TA outstand most from my perspective. Every single bit of game experience was polished with love and care. I can hardly remember any comparable attention to detail. Not only in some other RTS game but even in any other consumer product whatsoever. Modern successors of TA – namely Supreme Commander and Planetary Annihilation – are pretty interesting projects. But they lack that level of love & care for the end-user experience. Here are some examples of what I mean:

If that’s not enough to convince that Total Annihilation is a masterpiece – read on!

Total Annihilation is a masterpiece and a beautiful liar

The game engine was ingenious. It combined various infant visual expression technologies present those days into the overwhelmingly charming visual flow. And it all worked on 100 MHz CPU and 16 MB of RAM. I can barely imagine what kind of optimization techniques developers put in place to make it all tick. Here are some takeaways:

O Brother, Where Art Thou?

But all that still didn’t help to save its developer company – Cavedog Entertainment – from going out of business in 2020. Chris Taylor – the game lead designer – left the company to found its own game developer. He founded Gas Powered Games – the company responsible for the Supreme Commander series. Planetary Annihilation grabbed its funding on Kickstarter from fans who hoped to see the glory of TA executed in a modern way. But again I’m afraid none of them really transcended the original game.

One may say that there’s objectively no such thing as fairness and they may be right in this case. Nevertheless that doesn’t stop us from admitting one of the greatest efforts in the game industry to build an absolutely unforgettable experience.

Skip back to main navigation

I know about the PyScript project for a while already. This end-of-year post is going to be about it and other lovely software pieces which enable Python on the Web these days ❤️ What is PyScript? In a nutshell it’s a CSS + JS you can add to a webpage which will allow you to…
END_OF_DOCUMENT_TOKEN_TO_BE_REPLACED

Why do we use Node.js in our backend?

Ryan Dahl kicked off work on Node.js in 2009 on top of two years of research related to server-side web components. The journey of the runtime wasn’t a smooth ride at all but as of today the major component of its semantic versioning hit 18. The revolutionary premise of Node.js was “server-side JavaScript” because since…
END_OF_DOCUMENT_TOKEN_TO_BE_REPLACED

Backend for Frontend – What is it?

Backend for Frontend design pattern – BFF for short while it’s definitely not “Best Friends Forever” 🙂 – seems to get some hype lately. It’s nowhere a new thing: one of the first mentions were by SoundCloud guys back in 2015. Basically it’s a specialized case of a more generic API Gateway pattern. Let’s figure…
END_OF_DOCUMENT_TOKEN_TO_BE_REPLACED

At high level “503 backend fetch failed” boils down to an HTTP protocol status code from the 5xx group. 5xx group consists of so called “server errors” which means that client’s request overall seem to be valid but server failed to fulfill it. Some common reasons for such behavior include: Some bug in the application…
END_OF_DOCUMENT_TOKEN_TO_BE_REPLACED